Rock and Roll Half Marathon

Speaking of enthusiasts, I ran the Rock and Roll Half Marathon along with 18,555 other runner enthusiasts yesterday! It was my first half marathon, and I thought it was awesome!!! There was a band every mile, the weather was perfect, and running through downtown Chicago was really fun! My husband even rode his bike around the downtown part of the course to multiple locations to see me and cheer for me!

Here is the course map.

I felt super great until about mile 8 where the course goes south along the lake shore. It's about the time I thought I'd get tired because I didn't train as well as I wished I could have. Also, the course was along a straight road and there were basically no cheerers because it was near a major highway for a couple of miles. After the bottom turn to come back up north, we got to run right along the lake. I picked up my pace again. There were more people cheering and the finish was near. I finished strong, and felt pretty good! All in all, I loved it and will probably do another in the future! 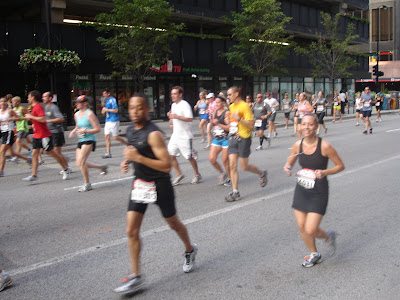 Downtown shot of the crowd: 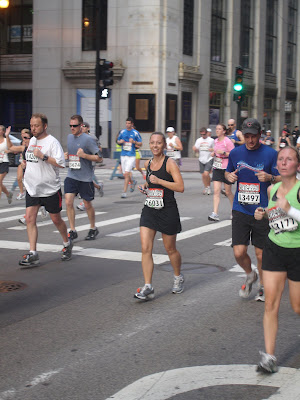 Hurting a little, about a mile to go. 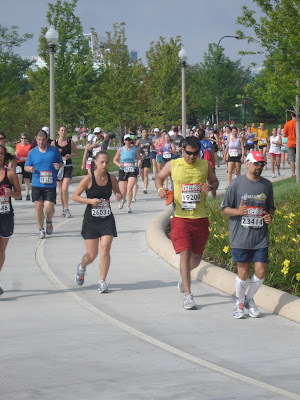 The last curve around the Aquarium, under a mile to go. 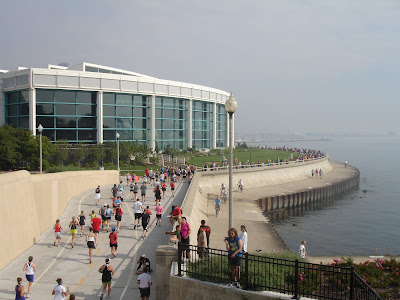 Just after the last curve, with downtown Chicago in the background. I'm just near the light pole in the center. 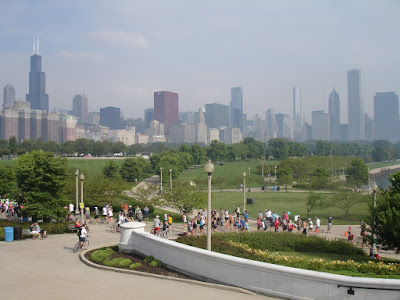 Almost to the finish. The end is just down the way the runners are going, then make a right into the straight away into the line of trees. 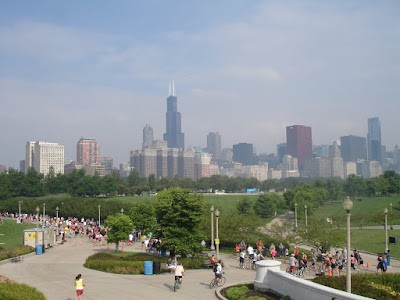