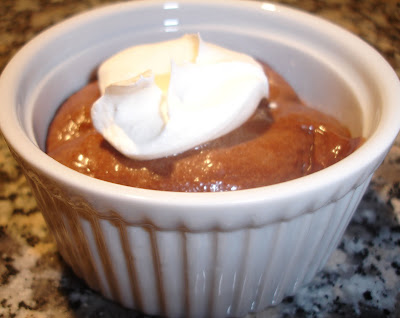 My birthday was in January and my husband gave me such a great present - Mastering the Art of French Cooking by Julia Child. However, after looking through much of the two volumes, I was too overwhelmed and intimidated to even try a recipe. The books are not organized like a typical cookbook, but it just takes a little getting used to. A few weeks ago, he mentioned that I still haven't made anything from it, even though I've conquered many other complicated recipes. So, I asked him to find something that we could try together. You guessed it, chocolate mousse!!! Quite honestly, he did most of it, but I did help a lot! Especially with the whipping of the egg whites by hand! 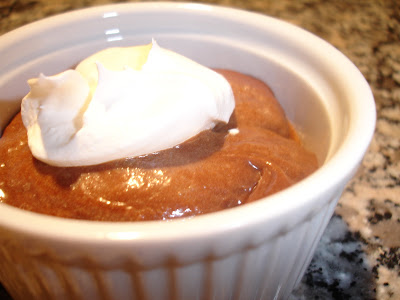 This stuff is incredible! It calls for orange liquor, but I actually used raspberry instead, since I like that fruit combination with chocolate a little better than orange.

Mousseline Au Chocolat
from Mastering the Art of French Cooking

1st step:
Ingredients: 4 egg yolks, 3/4 cup sugar, 1/4 cup fruit flavored liquor, pan of not-quite-simmering water, a basin of cold water
Directions: Beat the egg yolks and sugar together until mixture is thick, pale yellow, and falls back upon itself forming a slowly dissolving ribbon. Beat in the liquor. Then set mixing bowl over the not-quite-simmering water and continue beating for 3 to 4 minutes until the mixture is foamy and too hot for your finger. Then beat over cold water for 3 to 4 minutes until the mixture is cool and again forms the ribbon. It will have the consistency of mayonnaise.

2nd step:
Ingredients: 6 ounces or squares of semi-sweet baking chocolate, 4 tbsp strong coffee, 6 ounces (1 1/2 sticks) softened unsalted butter
Directions: Melt chocolate in a small saucepan with coffee over a larger pan of hot water. Remove from heat and beat in the butter a bit at a time, to make a smooth cream. Beat the chocolate into the egg yolks and sugar.

Refrigerate for at least 2 hours or overnight.

Serve in dessert cups or ramekins topped with whipped cream. 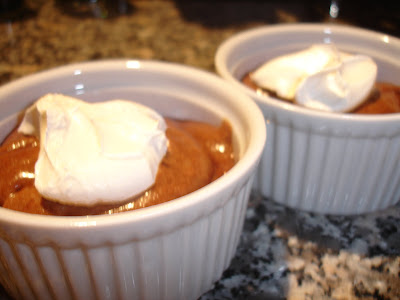